“The Chosen,” hailed as one of the greatest productions ever created to portray the life, ministry and chosen disciples of Christ, has already garnered more than a million subscribers on YouTube. Creator-director Dallas Jenkins was thrilled to celebrate this milestone with all fans and supporters of the series.

Jenkins praised all the fan influence, noting that it extended beyond the borders of a single city or even a single nation. He claims that they have received visits from people from virtually every country on the planet who have visited their YouTube channel through their combined efforts. To date, the YouTube channel has 1.22 million subscribers.

According to statistics provided on “The Chosen” website, Season 1 was fully funded in November 2019 by an impressive 75,346 people who contributed a total of $ 10,000,000, making The Chosen the most large media production funded by crowdfunding in the United States to date.

Season 3, the next major milestone, is now 38% funded, with the remaining funds needed to meet the $ 100 million goal, which they aim to achieve by early 2022.

Seasons 1 and 2 are said to have had over 160 million views.

Heartbreaking Stories from Afghanistan, via Modesto

Embarrassed by the Spirit: Don’t Put Out the Flames of Revival 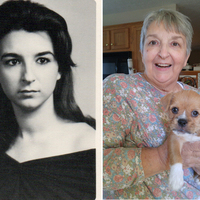